The Man I Knew 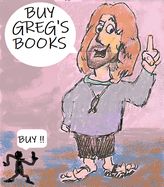 There is no shortage of biographies about Billy Graham, the famous evangelist who passed away back in 2018 at the age of 99. I have read several of them so far, along with Billy's own autobiography. Even though Billy Graham had a remarkable life and is fascinating material for a biography, it was hard to imagine why another biography about him was necessary. I am not sure what the void was that needed filled, but Greg Laurie, who is a prolific author with dozens of books under his belt, has decided to fill the void anyhow.

As far as telling the story of Billy's life, the book doesn't trailblaze any new territory and is based on previous biographies. I noticed that the authorized biography by John Pollock was freguently cited. Other biographical sources were cited, along with various interviews and miscellaneous news items. For example, there was a link in the notes to an interesting British Pathé newsreel about Billy's arrival in the United Kingdom for the famous 1954 "breakthrough" crusade held at the Harringay Arena in London. I imagine that Greg's co-author probably did a good portion of the grunt work putting together a basic outline of the events in Graham's life. The book has a selected bibliography and footnotes.

As far as I can tell, the book does not reveal much more about Billy Graham than what has been covered by other biographers. But tightly interlaced into the narration is Greg's own didactic editorializing. What I mean is that Greg often uses the various events in Billy's life as a launching pad for his own commentary, observations, motivational pep talks, and mini-sermonizing. This is not a good thing or a bad thing. It's just how the book is structured. And I guess it constitutes Greg's unique contribution to the picture. Greg Laurie is a good communicator, and if you like hearing a lot from Greg, this is the book for you.

The first time Greg met with Billy Graham was a brief encounter in 1981. And it isn't until near the end of the book that Greg begins to discuss in any detail his own personal interactions with Billy Graham. Greg is a member of board of directors of the Billy Graham Evangelical Association. It would be nice to know more, for example, about how this situation came about and what it all entails. But one thing is certain: You will walk away from this book knowing that Greg Laurie admires Billy Graham to degree that is downright adulatory. Though there is much about Billy's life to admire, my only quibble with Greg's book is that in a few places he goes overboard in his veneration. For example, calling Billy Graham a "Moses" is excessive. However, I wished that Greg had told the readers more about his conversations with Billy Graham and his family.

Overall, the book is average and readable. I would give it three stars out of five.

There is one thing I would like to do. I wish I could write an unauthorized biography about Greg Laurie. The title would be Greg Laurie — The Man I Never Knew.
© Posted by Oengus at 2:00 PM
Labels: biography, books
Newer Posts Older Posts Home
Subscribe to: Posts (Atom)