Well, my sheep herding has expanded further since I last wrote you. My wife has now opened a small cafe, which specializes in lamb gyros, souvlaki, Byzantine desserts, and specialty coffee roasting. I supply the lamb; she roasts it on a spit and carves it up for sandwiches and gyros and other tasty dishes. She named her cafe after my Australian shepherd dog. It's called "Bimbo's Coffee Pot" on the big sign in the front and is located in a strip mall next to a Verizon store. There are lots of customers already and business is booming. The interior of the cafe is done up in themes from the old Max Fleischer cartoon characters. Naturally there are pictures on the walls showing Bimbo, who is Betty Boop's most committed admirer. Another character is Koko, the lovable, non-scary clown. There is Popeye the sailor, who loves seafaring, spinach, and roughhousing. Of course, there are many pictures of the famous, multi-talented Betty Boop. I realize that the decor seems incompatible with a cafe serving gyros and mochas, but she loves the old cartoons, and customers have told us they like the decor. So in that department, things are running smoothly, and I have enough lambskin vellum to write you this letter.

First of all, there's very good news, Lonnie, about the third book of your autobiography. Apparently, the visit those angels paid to your ghostwriter, Roger Sachs, has worked very well in encouraging him to move things forward to completion. I managed to contact someone at Freedom Crusade who apparently has information about the situation. She emailed me back and said:

…I can assure you that we have a team currently working on Book Three diligently. There is a process of interviewing and editing required that depends not only on our schedule. We want to do justice to this time period of Lonnie's life. And I'm sure people like you who are interested in Lonnie will appreciate the work we're doing now.…

She also gave me the time frame when they expect the third installment would be published. I am excited because it will be fairly soon now. It makes the wait a little easier.

I must confess that I evaded directly answering one of your questions you had asked earlier. There was inhibition on my part because I wasn't sure how you would react if I gave a complete and frank response. But it occurred to me, since you are living up there in the Beatific Choir, that you can handle the truth with serene equanimity because now you have a much clearer perspective on things. So I apologize for beating around the bush in my earlier letter.

Although he left out a few details, your friend Greg Laurie to his credit does own up to the fact that it was you, many years ago, that preached the Gospel to him, as he said here:

…Then a young man named Lonnie Frisbee stood up with a Bible in his hand. He was a youth pastor with Calvary Chapel of Costa Mesa, where the Jesus Movement was in full swing. With his shoulder-length hair and beard, he almost looked the way I had seen Jesus depicted in paintings and in the movies. He opened the Bible and began to speak. Although I listened to what he said that day, I don’t remember any of his comments except for one statement: Jesus said, "You are either for Me or against Me." What side are you on?

That really struck me. Never before had I heard that faith in Christ was an either/or deal.…

However, as I hinted in a prior letter, I very much doubt that Greg would invite you today to preach the Gospel at Harvest. But I don't think you would be invited anywhere, for that matter, if you were still here. This is very sad to say, but nonetheless I think it is the case.

But your preaching days are over, Lonnie, and now is your time to rest. You were granted rest probably sooner than is most common. I trust that what I am saying is not shocking for you now, but please forgive me if I sound a little harsh. To explain my reasons for what I am saying — that is, your no longer being welcome here to minister — I need to set down for you, as best I can, an explanation of how things actually operate in churches nowadays.

After many years of observation and experience, I have come up with five basic principles, which I call "The Five Mottoes of Peak Evangelicaldom," for lack of a better name. If you remember these basic mottoes and how to unpack them, you can understand why things happen in church the way they do here in America, at least on a visible level. These mottoes are as follows:
Lonnie, what I am trying to tell you, ahead of time, is that today you would be considered less than acceptable, going by the standard of these five basic principles. I will try to explain why. Please try not to laugh at me too much if I stumble in this endeavor.

You must admit, Lonnie, that you were never very "intellectual." You never went to college, but you did drop out of a prestigious art school. You never went through seminary. Sometimes, provided they have built up outstanding reputations, ministers can get "honorary degrees" conferred on them. For example, your old friend Greg Laurie holds two honorary doctorates, one from Biola University and another from Azusa Pacific University. But you never reached that far; your life was too short. You have only one book to your credit, which is still in progress and awaiting the third installment, and even then you had to employ a ghostwriter to do the actual nitty-gritty work of putting things together. People with successful and solid ministries often write dozens of books that are widely marketed. And finally, while your preaching was at best simple and straight forward, it never had any theological or exegetical sophistication, which many churches rate as very important to have. Therefore, Lonnie, you must admit that going by motto #1 above, you were pretty much a flop.

You know perfectly well that during your life here you had problems complying with pastoral governance. You did surprising and unpredictable things, and that's putting it mildly. Sometimes you broke the rules. I think that you would completely agree with me about this, and so I don't need to elaborate too much on this aspect. But pastors generally don't like rule-breakers and people making waves. So going by motto #2 above, you would be considered too erratic, someone who doesn't fit into a smooth-running organization.

Nowadays, Lonnie, having a celebrated reputation is mandatory. You can't go anywhere in a ministry without reputation. But you know what controversy can do to a reputation, and you know that yours is pretty much shot to pieces now. Perhaps once your book is finally completed, it might serve to repair or rehabilitate your reputation in some small degree. But given how the Internet operates nowadays, I doubt that your autobiography will help very much. As I said in my first letter, once the identity label gets applied, there's no way to pry it off. Therefore, going by motto #3, you stumbled very badly.

As for motto #4, churches nowadays greatly value prudent financial dealing. (Ask about Hillsong, for a good example.) But in your case, Lonnie, it's a wash more or less. You never had any big financial successes and never showed any special talent in this area. At one point, you were living on food stamps and dumpster diving. And when you were doing your mission work in Africa, back in 1978, apparently pastor Chuck Smith didn't like how you were spending your mission funds, and so he had to play his "Moses Model" card and clamp down and cut back the cash flow. Therefore, when it comes to motto #4, you would have nothing to recommend yourself. You had no business acumen.

Finally, motto #5 is possibly the most important. Everything about the church nowadays is entrepreneurial, which is the best general term that I can find to describe how things really function. Big successful ministries have slick websites and high-quality marketing and wide-area networking and trendy, well-run conferences. Most churches operate like big businesses — in my estimation when you reach a certain scale it is unavoidably how things have to operate — and at this level the most important parameter is Success. How big? How much? How many? What is The Bottom Line? What are the statistics? And who can argue with Success? I don't know, Lonnie. You tell me. In any case, you fell short on all five levels.

I think that I have said enough so that you will understand why you don't fit the system very well. You were an aberration. On the other hand, the Lord didn't care about any of this. He decided to use the least likely person. But as I said before, your preaching days are finished now, and the system doesn't matter anymore for you. You have passed it by.

Finally, Lonnie, it looks like (Lord willing) that I shall have lived long enough to read your completed autobiography. I am hoping to see what's in the final, third installment, which will be coming soon. There are many questions that I have which maybe the third book will answer. One of the things I am curious about is that sermon you preached at pastor Tom Stipe's church in Denver. It was an odd sermon. How did Tom react to it? I hope that your third book clarifies this. 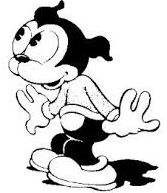 I have to take off now and end this letter. On my agenda today is picking up from our vendor a 100 pound bag of Kona coffee beans to deliver to Bimbo's Coffee Pot for our specialty roasting. The stuff is unbelievably expensive, but the customers love it. My flock of sheep is thriving. Bimbo the Wonder Dog also says "hello." A picture of his namesake is enclosed. I will try to answer some of your other questions in a future letter.